Is Your Child's GERD Treatment Ineffective? They May Have Eosinophilic Esophagitis Instead

If your child has been diagnosed with gastroesophageal reflux disease, but treatment has not been effective for it, it's a good idea to have him or her reevaluated to see if they've been misdiagnosed. Symptoms of another condition that affects the esophagus are very similar to gastroesophageal reflux disease. The condition is called eosinophilic esophagitis, which is actually an allergic condition. Here's what you need to know.

The symptoms of both are the same and include abdominal pain, nausea, vomiting, chest pain, and difficulty swallowing. The key difference is the cause of the problem. In gastroesophageal reflux disease (GERD), acid moves up from the stomach and into the esophagus. In eosinophilic esophagitis (EoE), the esophagus is inflamed from an abnormal increase of eosinophils, which are white blood cells. This increase of white blood cells is believed to be an allergic reaction, most often to a food allergy. If your child has other allergic diseases, such as atopic dermatitis, hay fever, and asthma, they have a high risk of developing EoE.

Diagnosing EoE involves taking biopsies of the esophagus by using an upper endoscopy, which is a flexible tube that has a camera and a light. It's placed down the esophagus and very small pieces of the esophagus are removed to be studied under a microscope for a count of white blood cells and the presence of inflammation. This test is performed and diagnosed by a gastroenterologist. If a diagnosis of EoE is given, your child will need a referral to an allergist for allergy testing.

Diagnosis of the Offending Allergen

While food allergies are often the cause of the trigger that causes the inflammation, that is not always the case. Environmental allergens can also trigger inflammation in the esophagus. This is called atopic, which means it's an allergic reaction that occurs in a part of the body that is not directly in contact with the allergen. Also, allergic reactions in EoE can be delayed and sometimes take several days to develop. Due to these reasons, allergy testing is necessary as opposed to trying to find the offending allergen through elimination. Allergy testing for EoE can be done with prick skin tests, blood tests, and/or food patch tests.

In conclusion, treatment will be determined by the results of the allergy tests. Typically, eliminating the known offending allergens helps control the condition. Furthermore, the allergist may prescribe a corticosteroid to help control the inflammation in the esophagus.

For more information about this and other types of allergy testing, talk to a clinic such as Mid America Ear, Nose, & Throat Clinic PC near you. 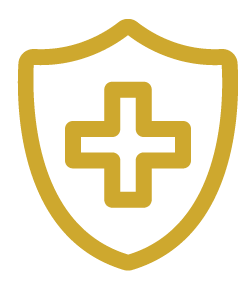 ENT doctors, or ear, nose, and throat doctors, are specialists who deal precisely with these three body parts. They are more formally known as "otolaryngologists," but who wants to say that long word? This is the type of doctor you should see if you've been dealing with frequent ear infections, balance problems, lingering congestion, asthma, GERD, or basically any other disorder of the facial organs. As you can tell, ENTs deal with a lot of different conditions. We find their work intriguing, and we think you will, too. Read the articles here to learn more about this important field of medicine.